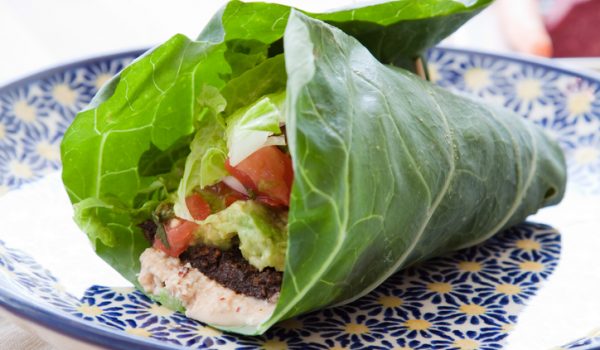 So, you’re on the keto diet and looking for ways to make some of your favorite recipes, minus all those nasty carbs. Don’t worry: finding good keto-friendly substitutions in the kitchen is actually a lot easier than you might think. Let’s take a look at some fun, delicious options that you can start substituting right away in your own home!

The Magic of Almond (and Coconut) Flour

We’re not going to waste any time here. Let’s start right away with the number one thing that most people will have the hardest time giving up on a keto diet: flour. This ingredient is an essential part of breads and pastas, and it’s also unbelievably carb-rich: we’re talking 24g of carbs in just a quarter cup of wheat flour!

Luckily, there are some amazing substitutions that work the same way from a cooking science standpoint, allowing you to make breads and other foods you’re probably missing without all those carbs! For example, almond flour is actually more rich in fats and as about 25% as many carbs as regular flour. That’s a massive difference that can let you sneak some delicious breads into your diet without having to worry about taking yourself out of ketosis!

When people first jump onto a keto diet, images of tacos, burritos, and fajitas start floating through their mind. A single tear might even roll down their cheek as they imagine never eating these tasty meals again!

Okay, maybe we’re exaggerating a little bit. But we have some really good news for people who use a lot of tortillas in their own cooking: lettuce leaves work just as well, if not better, in tortilla situations! Hear us out: we’re not saying that lettuce tastes like a tortilla, or that you will be able to fool anyone by substituting lettuce. What we are saying is that lettuce does the same exact job as a tortilla — it acts as a support for all the goodies inside!

Lettuce is a low-carb, leafy green that does essentially the same thing as a tortilla, and fits in perfectly to your keto diet.

Stevia Is Here To Stay

We hear from a lot of people that, other than flour, sugar is the most difficult thing for them to cut way down on in a keto diet situation. We get it: the sweet tooth struggle is real.

Luckily, this is one of the easiest substitutions you’ll ever make. Stevia is a non-sugar sweetener that tastes better and is healthier than the previous generation of artificial sweeteners like aspartame. One thing to keep in mind is that Stevia is actually perceived by many people to taste sweeter than real sugar, so you may want to end up using less of it in your recipes than you would if you were using regular old sugar.

Milking It For All It’s Worth

You’re probably already aware of this one, but we’re going to mention it anyway. Milk is another pretty simple thing to substitute, thanks to the miracle that is almond milk! Almond milk is absolutely delicious, and is a pretty easy transition for most people, except for one aspect: it’s thinner than regular milk, having a consistency that’s more like skim milk.

Although it may be a bit of an acquired taste if you’re used to creamy whole milk, almond milk is a choice that’s very easy to make when you’re at the supermarket. Simply stop buying dairy milk and switch to almond milk. Soon enough, you’ll forget that you ever used to drink the other stuff.

If you’re switching to a keto lifestyle, we want you to become very familiar with one vegetable in particular: cauliflower. You’ve probably noticed cauliflower showing up a lot more these days in restaurants of all kinds, and that’s because chefs are finally becoming hip to the fact that cauliflower is an incredible substitute for many carb-heavy foods.

In particular, potatoes are a food that should be totally forbidden on a keto diet. And that can be hard to take for someone who’s used to the warm, yummy comfort of a bowl of mashed potatoes. Little do they know that it’s just as easy to make mashed cauliflower! The texture is similar, the taste — if done right — is possibly superior, and most importantly, you’re not hurting your body with all those carbs.

The point of all of this is to show you that substitutions are a real option in the kitchen when you decide to go on a keto diet. Instead of looking at keto as a limitation, look at it as a fun challenge, with the reward being a healthier you.

When you experiment to find which low-carb food ingredients can substitute for the ones you can’t have, you open up entire new worlds of cooking that lead you to a sustainable and healthy diet that will pay dividends for years to come.