Home Keto What is Keto? 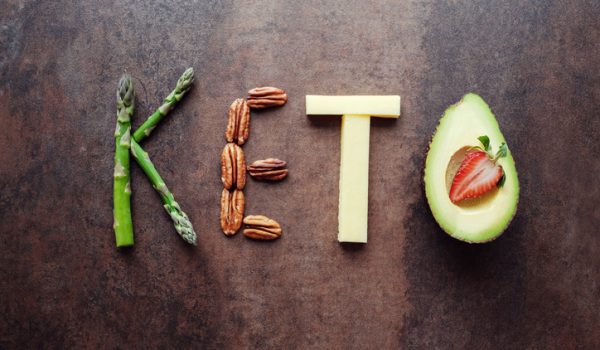 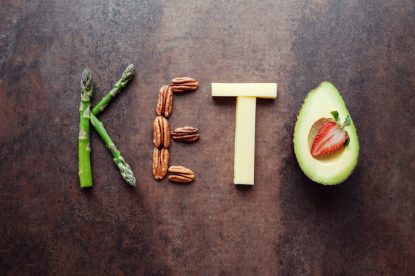 These days, you can’t read a lifestyle magazine or news source for more than a few minutes without seeing the word “keto.” And for good reason — this incredible way of eating doesn’t just promote weight loss… it results in happier, healthier bodies and minds.

If you’ve been a little unsure exactly what keto is, don’t worry: we’re about to explain everything you need to know about it, including what you need to get started!

Let’s start with the very basics. “Keto” is short for “ketosis,” or a “ketogenic” diet. The idea is pretty simple. It’s a scientific approach to nutrition that says you should try to make your body use fat for energy instead of carbs.

One of the main ways your body works is by converting the food you eat to energy, which you then use to… well, do all the fun things you do in your life! Without that energy, you’ll feel tired, lazy, or even sick.

Still with us? Great. OK, now here’s the main problem: throughout most of history, nutritionists and scientists have looked at people’s diets and found that they were getting the vast majority of their energy from carbohydrates. This is true, carbs do a great job at helping your body get that much-needed energy. Unfortunately, carbs have a dark side to them that you’re probably aware of, too: they make you fat.

Here’s where keto comes in. By changing the way you eat, you can essentially put your body into a state known as “ketosis,” where your body begins to use fat for energy instead of carbs. When it does this, you’re still getting that precious energy you need, with the added benefit that your body is constantly burning fat! Plus, people say that they feel way cleaner and healthier on a keto diet, period.

Does Keto Work For Weight Loss?

Here’s the funny thing: keto was never originally meant to be a weight-loss diet. It was developed by nutritional scientists to help people with other, unrelated medical issues. But when they looked at the results, they were shocked to find that people were losing massive amounts of weight through keto-based diets!

So, yes — all it takes is a quick glance at the news or even at social media to find no shortage of people singing the praises of keto. It absolutely works for weight loss, although weight loss is only one of the many benefits of a keto diet.

What Food Is Allowed In A Keto Diet?

The whole point of keto is to drastically reduce the amount of carbs you’re eating, and bump up the amount of fat you eat. Ideally, to follow a keto diet, you should be getting about 75% of your daily calories from fat, with most of the rest coming from protein and then a tiny amount of carbs.

When you eat this way, it forces your body into ketosis. Your body initially gets confused about why the carb energy supply has dried up. Eventually, after about a week of this, the body starts producing organic compounds called “ketones” to help create energy and pick up the slack from the missing carbs. Best of all? Ketones burn fat in order to make their biological magic happen.

So, all of this means that a keto diet will be rich in healthy fats, leafy greens, proteins like fish, chicken, and beef, and healthy oils like avocado oil. What you won’t be eating are things like pasta, fruits, potatoes, and other starchy things.

Effects of a Keto Diet

One thing you should be aware of is that there is a tricky period for the keto diet — namely, the first week or so. That’s when you hear people talking about the so-called “keto flu.” Because your body is so used to getting carbs to fuel its energy stores, you may feel sluggish and even a little “off” for that first week.

A simple remedy for the common symptoms are to make sure to stay hydrated, taking electrolytes, or a popular favorite is to drink pickle juice! Depending on the symptoms, taking magnesium or potassium can also help.

That’s because your body doesn’t understand you’re trying to put it into ketosis. At first, it just thinks that it doesn’t have enough energy to work properly. However, if you stick with it, you can train your body to run even better than before once those ketones start flowing and it all “clicks” into place!

You can follow a keto diet for as long or as short of a time period as you want. Most people, including all the celebrities you’ve probably seen posting about keto, use a keto diet as a temporary program to jump-start a weight loss effort or as a way to start eating healthier. However, for some people who didn’t like starchy foods much to begin with, keto can be a permanent way of life!